Not just bottlenecks and downtime. How to spot poor line control:

Bottlenecks, inefficient stops and starts and under-utilised conveyors are all fire-engine red signs of ineffective line balance and control. These are also obvious OEE losses.

Other signs of poor line control aren’t as easy to spot but can be just as detrimental to performance.

To keep your machines running optimally, it’s important to be able to diagnose a poorly balanced line vs. an optimised one. Top-line OEE alone though, isn’t enough to make these determinations. 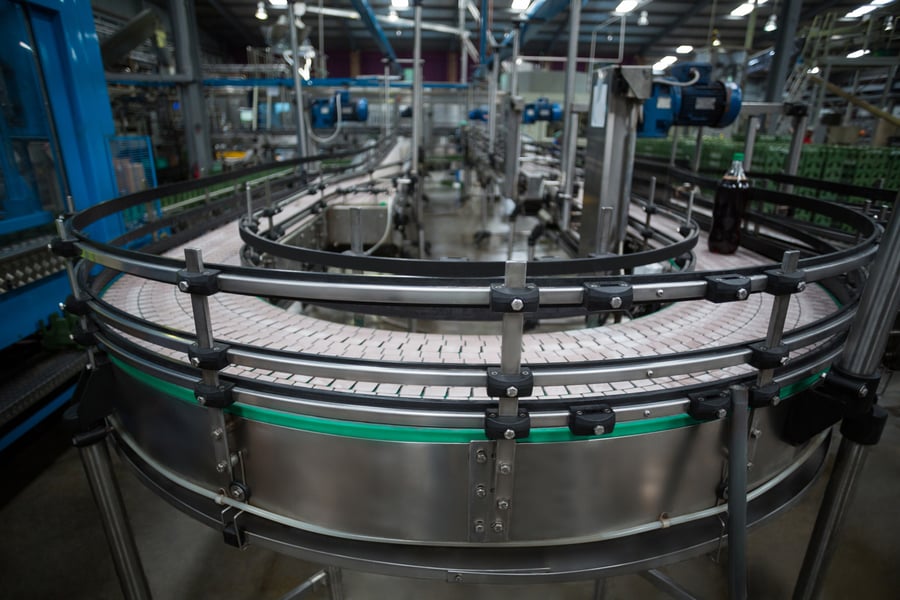 As explained in Industry Week:

“OEE is most effective when used as a strategic or overarching metric, coupled with drill downs into each of its components of availability, efficiency, and quality. In seeking to optimize each of these areas, manufacturing operations need to balance production schedules with time, cost and machine-availability constraints.”

This is especially true for line control, where series of short stops and starts can result in micro-losses of downtime and speed loss.

How to diagnose poor line control

That said, qualitative checks can also be made in-house. Walk the line and identify issues which could be symptoms of poor line control. We recommend starting at your critical machine and subsequently spending at least twenty minutes on each machine, noting the state of them and the conveyors both before and after.

While performing these checks, watch for the following symptoms of poor control:

3. Machines are stopped while product is still moving

4. How are sensors being used

Keeping these symptoms in mind, it’s also important to look at the type of controls being used but before you start adjusting your line control, it's worth carrying out an audit of your line to identify what your potential opportunity is.

Should you run in automatic or manual? Or a combination of both?

In this context, an optimised line should ensure that things are running in full-automatic mode as often as possible with the least amount of stops and interventions as possible.

In essence, running in automatic mode means speed is pre-configured and rarely altered. Machines start and stop dynamically, coordinated by sensors. This sets up a basis for perfect flow, something that would be almost impossible if operators continually take over control.

Manual controls should only be used with analogue and digital speed controls, when there’s a manual stop or override situations.

Sign up for the Line Balance Optimisation (LBO) Crash Course. A 7-part series, our course outlines the optimal automatic configurations and provides practical advice to optimise your line balance.

Ever consider how much time your teams currently spend manually collecting and calculating data?

END_OF_DOCUMENT_TOKEN_TO_BE_REPLACED

LineView for UK Operations Supporting, or Impacted by, COVID-19

Starting today, we are offering our systems free-of-charge to help improve efficiency in key UK…

END_OF_DOCUMENT_TOKEN_TO_BE_REPLACED

How to improve Takt Times with Shop Floor Visualisation

One of the useful concepts to master in Lean Manufacturing is the concept of Takt Time.  I like…