LineView Solutions Gets Treated with a Silver Medal Showing

We were honoured to host Jack Sumners at our offices in Worcestershire last Friday to get a chance to see the medal he won at the 2017 Commonwealth Youth Games that were held in The Bahamas last month. Jack is shown here proudly wearing his winnings alongside one of the LineView Solutions directors, John Dunlop.

Earlier this year LineView Solutions made a commitment to sponsor an athlete for the Commonwealth Youth Games and our boy Jack came through with a Silver. More than 1300 athletes from seventy nations took part in the games.

Sixteen-year-old Jack attends Stratford-upon- Avon High School and won his medal in the 110m hurdles. He is England’s reigning champ in the under-17 60m hurdles. Jack also competed in the 2017 School Games last week and won Gold in both the hurdles and relay. 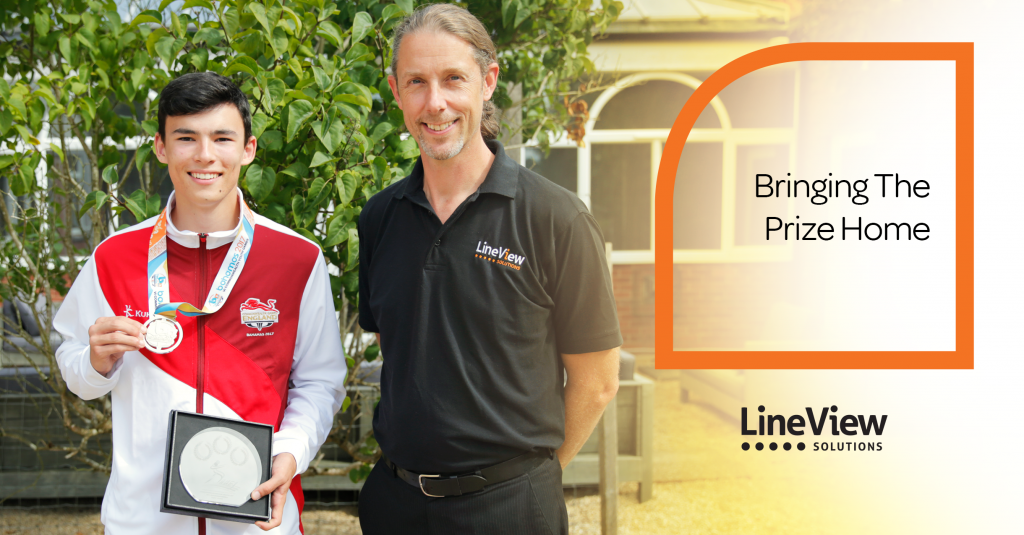